ON-DEMAND AUDIO CONTENT FOR THE MASSES IS THE BIGGEST THING TODAY. HARRY BEATON FINDS THAT WE JUST CAN’T GET ENOUGH OF THEM 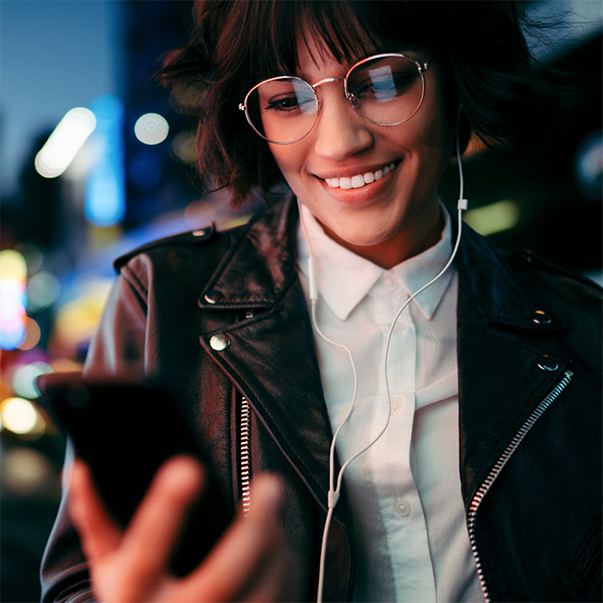 When podcasting was first gaining traction in the late 2000s, it was reserved for the deepest depths of the internet. Made by geeks, for geeks, podcasts have always assiduously examined niche issues, often via the medium of long-form interviews with experts in the field: discussing topics too raw for the mainstream media; supplying the platform with an authentic feel that isn’t achievable through the molly-coddled production we’re used to on TV.

Many LGBTQ+ podcasters have utilised their shows to talk about issues faced by our community which television wouldn’t give the light of day. From gay relationship advice to commemorating the social activists who have paved the way for LGBTQ+ liberation around the world, the queer community has established a safe space in the podcasting world.

Podcasts nowadays feature some of the world’s biggest celebrities and heroes – most of whom seem to have their own show Some of the LGBTQ+’s most notable names like Jonathan Van Ness and Alan Carr have already boarded the podcasting bandwagon. In 2022, creators can easily record digestible podcasts produced to a professional standard without breaking the bank, and thereby making the format accessible to all, and LGBTQ+ listeners can’t get enough.

The average podcast listener consumes over seven hours of podcast content a week. It’s estimated 78% of the population are at least familiar with podcasts and 51% have listened to at least one in the last 12 months, motivating Apple, Spotify, and Google to invest heavily in their native Podcast apps.

“Podcasts… accessible to all, and LGBTQ+ listeners can’t get enough” 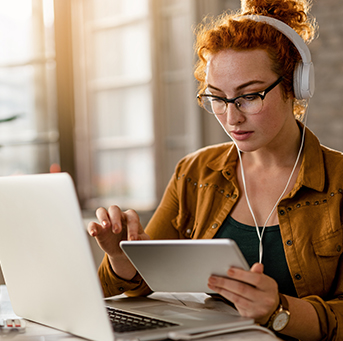 Podcasts are popular due to their accessibility. Anyone with a smartphone can access them, wherever and whenever, for free! It could be my 90s’ baby perspective, but who has time to tune in to television at a fixed time anymore? We have come to expect media to be available where and when we want it.

The trend towards on-demand streaming is visible across all media: television, music and talk radio to name a few. A few years ago, it became indisputable there was a massive market for on-demand audio. The growing listenership of podcasts enticed the likes of BBC and NBC to the party, leading to a technological and cultural gentrification of sorts. The LGBTQ+ community has witnessed how RuPaul’s Drag Race has co-opted, commercialised and redefined what great drag means to an entire generation.

Traditionally, if you’re lucky during a promotional round, you might get five minutes on a chat show, perhaps even a 60-seconds news bulletin. Podcasts changed this. A long-form interview allows interviewees to tell their full story regardless of how niche, making podcasts the go-to destination for marginalised groups to tell their reality without the risk of corporate interests diluting the story… for the time being at least.

Celebs like Jessie Ware and Fearne Cotton have revitalised their careers from their own homes with their now legendary podcasts – respectively Table Manners and Happy Place. Podcasts gave the stars a chance to talk about things they are genuinely passionate about. LGBTQ+ fave Jessie Ware went from pop star to professional podcaster by building a podcasting empire in just a few years, resulting in a sold-out live tour, over 35 million regular listeners, and a bestselling cookbook with her mum and co-host, Lennie. The podcast’s success led to Lennie herself inadvertently becoming a gay icon amongst their strong LGBTQ+ listenership, with It’s a Sin star Olly Alexander amongst her fan club.

Whilst the benefits of podcasts and accessible digital media are not limited to the queer community, it’s clear that LGBTQ+ people are particularly attracted to the space. The communities built by podcasts open doors for LGBTQ+ people who live rural or discreet existences. Whether it’s relationships, self-help, or LGBTQ+ culture, podcasts unite people with a common interest, normalising shared experiences and promoting inclusivity to listeners worldwide.

Podcasters are facing new challenges with the technological gentrification now in full force. Despite the origins of the podcast world, it is becoming increasingly difficult for independent podcasters to penetrate through in such a competitive space. There are so many podcasts on the market that sometimes it can be hard to find the one for you. Not to worry, we’ve done the hard work for you. Enjoy Pride Life HQ’s list of our favourite independent podcasts, ideal for the LGBTQ+ audience. 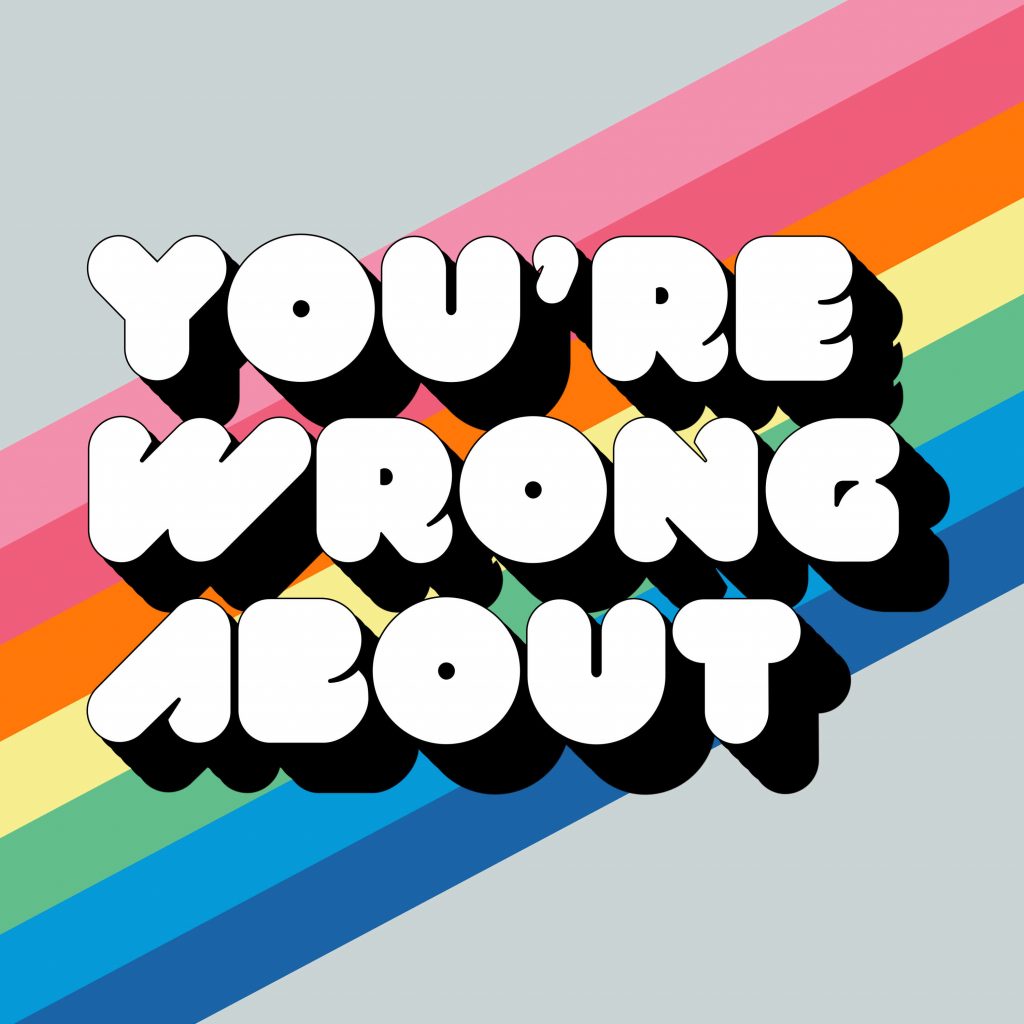 You Were
Wrong About

An LGBTQ+ friendly true crime and history podcast where each week Sarah Marshall and Michael Hobbes deep dive into events that have been misunderstood in the public psyche. 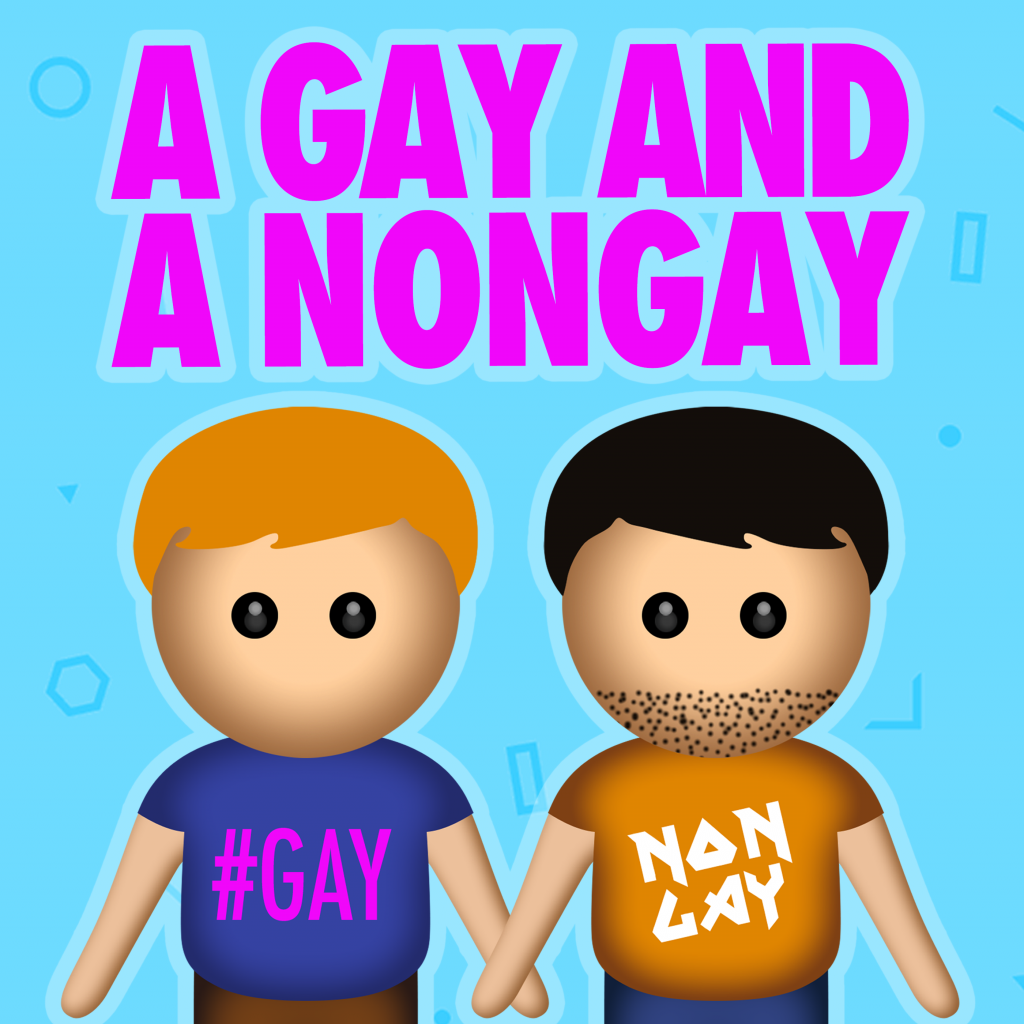 A Gay and A NonGay

UK’s number one and award winning LGBTQ+ comedy podcast by James Barr (Gay) and Dan Hudson (NonGay). Offering their hilarious take on love and relationships, from the straight and queer perspective. 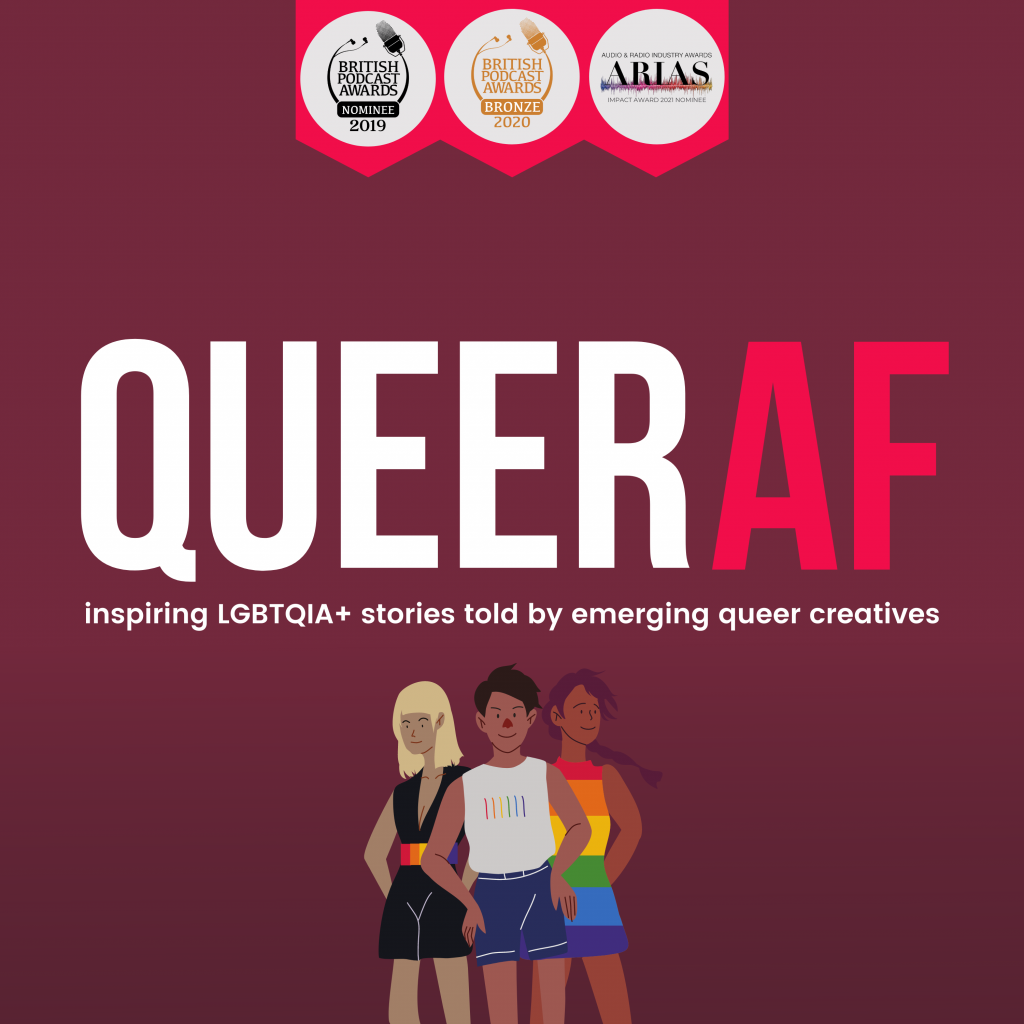 Another award winning podcast that “pays, mentors and supports LGBTQ+ young people” with valuable stories today. Perhaps the best example of how podcasts build communities, QueerAF shines a light on the next queer generation. 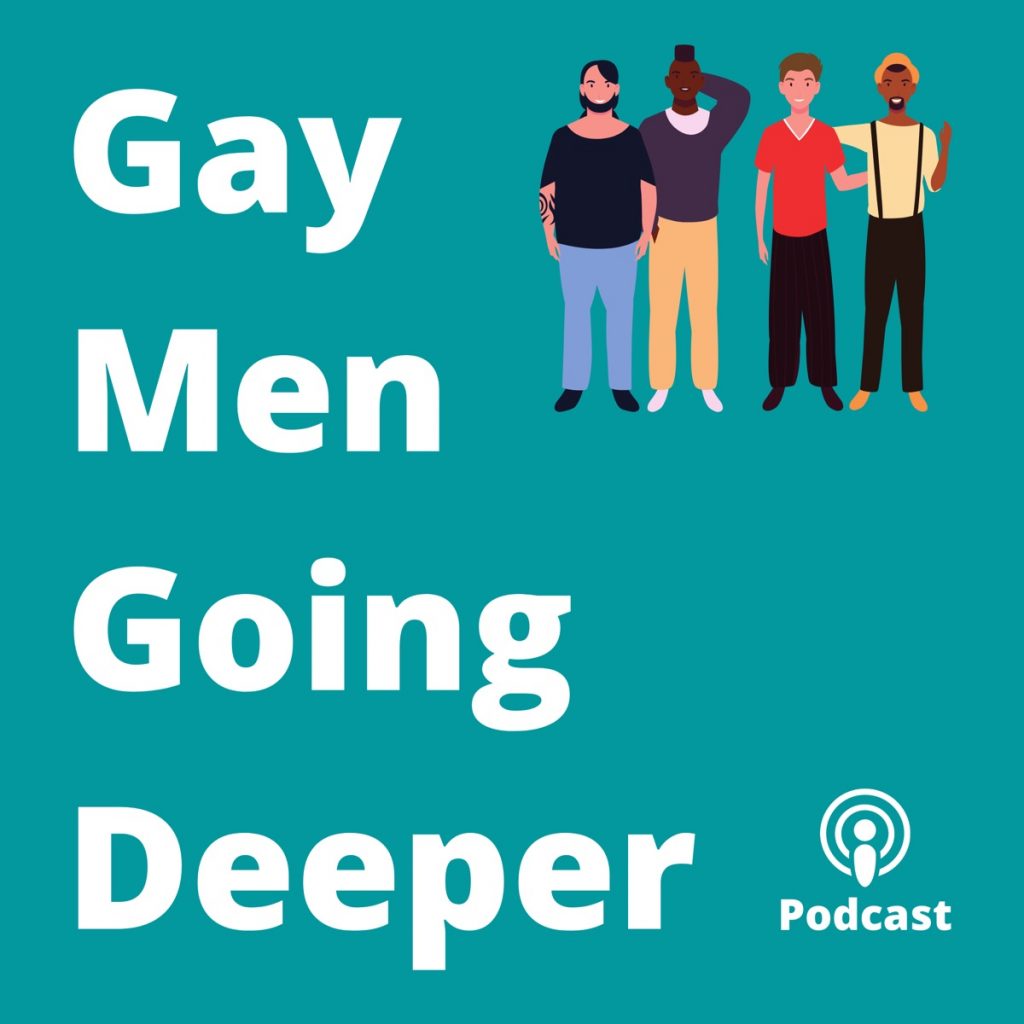 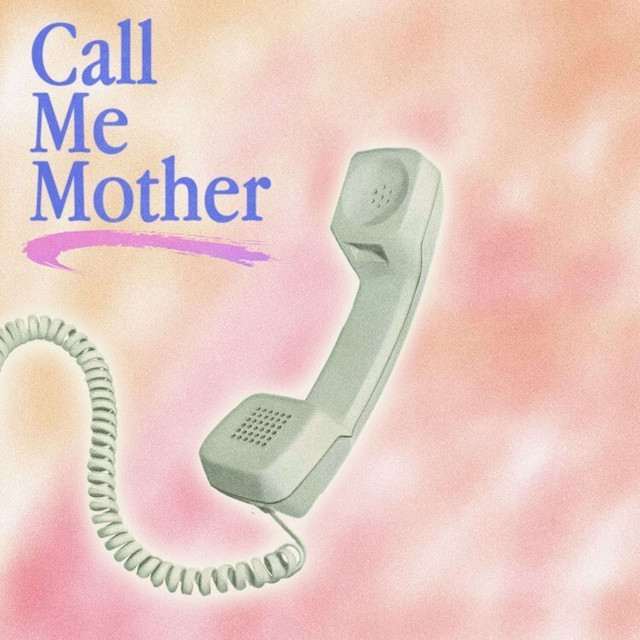 Author of The Transgender Issue: An Argument for Justice, renowned journalist and transgender activist, Shon Faye, talks to LGBTQ+ trailblazers who shed light on the queer experience in today’s world. 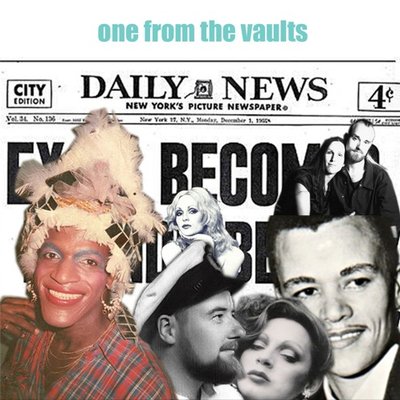 One From
the Vaults

Hosted by Morgan M Page, who has fought for the rights of trans people and people living with HIV for over 15 years. The trans history podcast tackles the gossip, dirt and glamour of the struggle.

Pride Life Presents… a lesbian, gay, bisexual, transgender and queer podcast. An extension of the leading LGBTQ+ digital magazine and

website, ‘Pride Life Presents…’ podcast is an opportunity for us to speak to some of the most interesting and influential people about LGBTQ+ related

issues. Created by the LGBTQ+ community, for the LGBTQ+ community, the Pride Life podcast will tell some of the most captivating stories, with real, raw and honest conversations that, until now, have been reserved for gay bars. The short form series will hear from truly inspirational people who make a tangible change to our community and hopefully inspire the next generation. From culture to music and fashion to activism, ‘Pride Life Presents…’ is made with pride at heart.