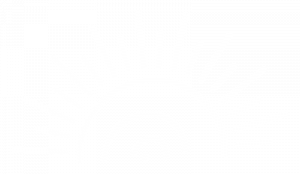 NOW  THAT THE LOCKDOWN HAS ENDED AND WE CAN TRAVEL AGAIN, MATHEW STONE LOOKS AT SOME HIS FAVOURITE LGBTQ+ FRIENDLY PLACES

The Netherlands have always been a favourite for LGBTQ+ travellers. After all, homosexuality has been legal here since 1811, the country was the first in the world to legalise same-sex marriages and its capital Amsterdam, with its liberal attitudes, has always been a homo hot spot. And Dutch men and women really seem to have cornered the market on good looks so the rest of might as well just give up and take in the view.

Amsterdam is never hotter, or more homo, than during the annual Pride celebration (this year 05 – 07 August). The main Pride event is Saturday’s boat parade with almost a hundred floats from corporate sponsored sailings to little privately-owned riverboats cruising down Amsterdam’s historic canals and, by our reckoning, it’s the only Pride Parade in the world held on water, and where the Pride floats actually do float. The ring of canals in the centre of Amsterdam is also a Unesco World Heritage site. Over 350,000 spectators turn up for the Pride boat parade and, considering that Amsterdam’s population is only about 800,000, the fact that over one third of the city come out to party shows you just how much an essential and accepted part of the city LGBTQ+ people are. (And try not to miss King’s Day or Konigsdag – the former Queen’s Day – which is held at the end of April and is a national holiday – and when the whole of Amsterdam – gay, straight, trans, bi, and everything inbetween, including not a few “queens” – comes out to party. Expect lots of glitz, and glamour and glitter.

Your first gay point of call should be Pink Point (pinkpoint.nl) on the Westgermarkt in the city centre, an official information kiosk by the Homomonument, which commemorates the LGBTQ+ victims of the Nazis during the Second World War.

The queer scene centres on Reguliersdwarsstraat and Zeedjik. Expect glitz, glamour and glitter over three stories at Club NYX (clubnyx.nl), or if your tastes are slightly more – ahem – niche then Club Church (clubchurch.nl) is the place for you to head for to get down and dirty. For a true sense of Amsterdam’s gay history don’t miss out on Café ‘t Mandje, the city’s first gay bar which opened in 1927 and is still going strong today. With its quirky and wood-panelled interior you could believe you’re really in 1920s’ Amsterdam, and it really is where it all began.

Think of the queerest city in Europe, and you’ll likely think of Liza

Minnelli and “divine decadence, darling”but there’s much more to Berlin than that. For a start there’s a history that has defined most of the continent, and it also has the best club scene in Europe, and a wildly diverse LGBTQ+ scene.

You’ll find LGBTQ+ venues throughout the city but there are three main areas where every other venue seems to be waving a rainbow flag. Nollendorfplatz in the Schöneberg district, was the centre of gay Berlin in the 20s and 30s and even today it’s here you’ll find the city’s densest concentration of gay venues. There’s a memorial to the gay victims of the Nazis at the underground station, and Isherwood (on whose books Cabaret was based) lived just around the corner.

The bars here on and around Motzstrasse and Fuggerstrasse come alive at night, and the area is also home to many of the city’s

cruising bars. Toms Bar (tomsbar.de) has been packing them in for over thirty years now but like most bars the action doesn’t really start till around midnight. If your interests are more hard-core you’d be better going a few doors down to Scheune (scheune-berlin.de). Hafen (hafen-berlin.de), is packed with good-looking twenty- and thirtysomethings and there’s an  older and more “bloke-ish” crowd round the corner at Prinzknecht

The alternative LGBTQ+ scenes are to the east of Schöneberg either in the funkier areas of Friedrichshain-Kreuzberg and Neukölln, or in Mitte andPrenzlauer Berg, the old East Berlin and is home to some ofthe city’s best queer parties. Every Sunday in the Mitte district sees GMF take over the 2BE club with two floors of pumping house and pop music (gmf.berlin.de),.

The ultimate Berlin clubbing experience is Berghain (berghain.de). One of the very best dance clubs on the planet, anyone even remotely interested in clubbing must make the effort to come here at least once. Not that you’reguaranteed of getting in: the door policy is notoriously strict, but onceyou get past world-famous bouncer Sven, you can safely say that you’vebecome a true Berliner.

And did we say that the bars never close?

Officially the gayest city in the country – one in five men is reckoned to be gay –London’s queer little baby brother never fails to deliver. It holds the biggest Pride in the country and the bustling Lanes and the North Laines area with their winding streets of upmarket restaurants and cafés, independent shops, chi-chi boutiques, selling everything from retro to raunch, classy to kitsch, and gives you a perfect opportunity to max that plastic.

Just down the road the Palace Pier (brightonpier.co.uk) is the place to enjoy the sea air  while nearby the 450-feet high British Airways i360 Viewing Tower (britishairwaysi360.com) “flies” you 450-feet high to give the best views of Brighton and the south coast. Close by is the magnificent and not-to-be-missed Royal Pavilion (brightonmuseums.org.uk/royalpavilion), the flashy and over-the-top former pleasure palace of the Prince Regent with its mix of Indian. Chinese and Gothic style.

The main gay area is Kemp Town, just down the road from the Royal Pavilion. The Bulldog on the main Saint James’s Street drag seems to have been there forever, and sooner or later, you’re bound to see everyone you know.

Bar Revenge offers you great drag entertainment plus great views of the seafront especially from its newly opened rooftop bar. For a more traditional pub experience, try the Camelford Arms (camelford-arms.co.uk) which lists itself as a community pub and the most dog-friendly pub in Brighton before finishing your night just down the road for a drink and a boogie at the word-famous Legends (Legendsresortbrighton.com)

Laid back and late-night, Madrid is home to probably Europe’s biggest Pride when over a million take to the streets in July for the hottest LGBTQ+ party of the year. It’s a city famed for its nightlife with most places not getting started to at least ten in the evening but the parties go on for most of the night. The Chueca is Madrid’s very own gayboourhood, which like London’s Soho was once notorious for its drug dealers and prostitutes, until the gays moved in and made it their own. Today the neighbourhood is a vibrant part of the city, packed with gay-owned cafés, bars and saunas coexisting placidly next to pet shops, and leather clubs opposite traditional old taverns.

The aptly named Calle de la Reina – Queen’s Street – is a street lined with cocktail bars and the best of the bunch is Bar Cock (barcock.com), an old haunt of Francis Bacon’s – despite its name it’s not that sort of bar, but a classy cocktail emporium where sexy tuxedo-clad waiters will serve you simply the very best gin and tonic in the world.

If you can pull yourself away from the late night chatter of the terraces and bars and fancy a bit of dancing, you could head for Kluster (Chango Club, Calle Covarrubias 42) runs from 1 to 6am every Saturday and which will transport you back to Muscle Alley times of old.

There are also themed mega parties held every couple of months, the best of the bunch perhaps being WE Party, which is packed with pretty boys, muscle queens and everyone in-between dancing into the early hours (Sala Riviera, Paseo Bajo de la Virgen del Puerto 3, La Latina).

Very possibly the gayest place on the planet, West Hollywood – or WeHo and they actually do call it that – has it all: think of movie stars, Sunset Boulevard, glamour by the gallon and the hottest hotties in the skimpiest shorts you can imagine.

Gay men make up for over a third of the population, but on an average night on Santa Monica Boulevard where all the gay bars are you’re going to have a major problem in spotting the heterosexual.

West Hollywood hosted the first permitted Pride event back in the 1970 sand it regularly brings in over half a million people every June. If you’re looking for a good time head off to the Abbey (theabbeytweho.com), a huge and world-famous bar and restaurant and club all in one, or Motherlode, a dive bar which attracts an older crowd, or Micky’s (mickys.com), a two-storey bar and club with drag shows, strippers and go-go boyz, open mic nights, and regular showings of RuPaul’s Drag Race.

Sydney’s annual Mardi Gras is the biggest LGBTQ+ party on the planet, an unrivalled whirlpool of hedonism, debauchery and glitter, that every gay man or woman or trans person should experience at least once in their life. And next year is going to bigger than ever as Sydney celebrates World Pride from 17 February to 05 March 2022, the first time the event has happened in the southern hemisphere. The World Pride team has lined up two packed homo-friendly weeks of events including street parties, beach parties, arts and cultural events and conferences, all culminating in the world-famous parade on Sunday. Expect the hottest hunks, luscious lesbians (traditionally led by the dykes on bikes motorbike posse) and more drag queens you’ve ever seen as over 500,000 take to the streets in a glittering display of solidarity, unity and just plain over-the-top partying. The Parade is free, but some of the major party events are ticketed (sydneyworldpride.com).

They do drag very well here in Sydney (think Priscilla), and there are none better than the show girls at the Stonewall Hotel (stonewallhotel.com) in the heart of Darlinghurst, the city’s main gaybourhood . Giving the Stonewall a run for its money, however is the legendary Oxford Hotel (theoxfordhotel.com.au) on Oxford Street, the city’s main LGBTQ+ drag (there’s that word again). Party your little gay socks off downstairs at Oxford Underground, knock back a shot or six at the always rammed ground floor bar, try out some veggie-friendly food in the bistro , or head on up stairs to Ginger’s and the Polo Lounge for the best cocktails ever. Oh, and you might also stumble over the occasional drag queen as well.

If you need a break from all things LGBTQ+ Sydney has a wealth of cultural venues including the Art Gallery of New South Wales (artgallery.nsw.gov.au) whose extensive collection has some beautiful pieces of Aboriginal art, and the Sydney Opera House (sydneyoperahouse.com) by the Sydney Harbour Bridge is a must-see. Or alternatively head on a little out of central Sydney to Bondi, one of the world’s great beaches, and ride the waves or just admire the skills of some of the sexiest surfers in the southern hemisphere.