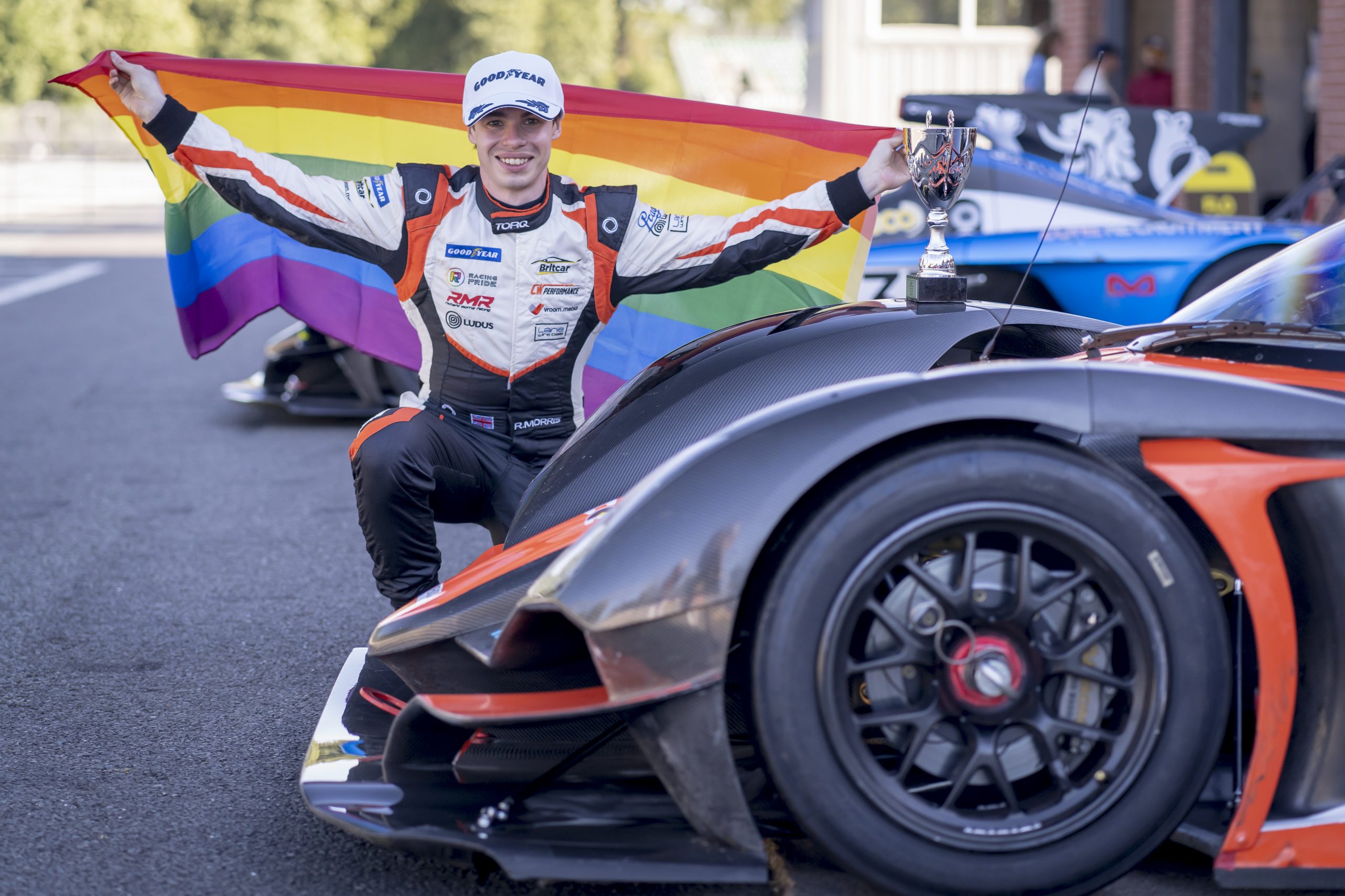 In an unlikely state of affairs, Formula One became a pariah for LGBTQ+ rights on the world stage in 2021. Motorsport has never been recognised as a bastion for equality and diversity. However, there has been a metamorphosis within the sport. Motorsport is an unusual case study of queer philanthropy because the movement is led by the voice of straight men.

Tides are turning in the world of motor racing, as the audience is undoubtedly getting younger and more diverse. This can broadly be accredited to the popularity of the Netflix Series, Drive to Survive. Now four series in, Drive to Survive follows the racing stars through the Formula One season and documents the trials and tribulations at the apex of competition.

For those still unconvinced, in simple terms, Formula One is a group of twinky men with abs, driving extraordinarily fast in expensive cars, occasionally losing their temper. So what is not to love?

During Pride Month last July, the Aston Martin Formula One Team confirmed their partnership with Racing Pride. Racing Pride exists to promote LGBTQ+ inclusion in motorsport. Flying the rainbow flag on the world stage, their involvement with the organisation demonstrates that Formula One is taking the quest for equality seriously.

Aston Martin driver and  four-time world champion, Sebastian Vettel, used his platform to support the Hungarian LGBTQ+ community at the 2021 Hungarian GP in Budapest. In defiance, he wore a rainbow coloured t-shirt with the message: “Same Love”. The German opted to stand up for the local community facing the re-introduction of anti-LGBTQ+ legislation from their repressive government. Like osmosis, this kind of message permeates through to the passive audience. Every picture and footage from that event spotlighted Vettel’s message.

In the world of motorsport, the message will reach a demographic that isn’t typically supportive of the queer community. Vettel would have been astutely aware of this. One thing that can be said for Formula One drivers is they are often intelligent and deliberate with their actions – on and off the track. In an interview, Vettel said that identity “shouldn’t play a role in deciding your path… be proud of who you are, what you are, and what you like!”

The sport’s Greatest Of All Time (or GOAT), Lewis Hamilton, also joined Vettel in showing support for the LGBTQ+ community. Hamilton has dedicated the latter part of his career to spreading the message of equality and diversity for all. The seven-time champion’s journey to the pinnacle of motorsport was unlikely, to say the least.

Hamilton is the first black athlete to compete full time at the top level of motorsport. He comes from a low-income family with a modest living in Stevenage. It is well-documented that his father, Anthony Hamilton, invested everything he had in the early years, finding just enough to qualify Hamilton to compete in the junior ranks. Formula One always was, and always will be, a billionaire boys’ club. Hamilton only succeeded in a system stacked against him due to his unmistakable talent. This ignited his desire to leave the sport a more diverse and safe space

“In simple terms, Formula One is a group of twinky men with abs, driving extraordinarily fast in expensive cars, occasionally losing their temper. So what is not to love?”

“identity shouldn’t play a role in deciding  your path… be proud of who you are, what you are, and what you like!”

Perhaps the most inspirational example of Hamilton’s pro-LGBTQ+ activism was his helmet design at the grand finale in Abu Dhabi. Hamilton opted to wear a helmet that included the rainbow, trans and non-binary progressive flags in pride of place – despite the grand finale being hosted in a country where LGBTQ+ people face the death penalty.

The season finale, which saw 24-year-old Dutchman Max Verstappen clinch the title from Hamilton in the last lap of the final race, was viewed by 108 million people, making it the second most-viewed sporting event of the year, second to the Euro 2020 final and drawing a bigger audience than the Superbowl, making Formula One the ultimate ally with unrivalled reach. If that is not progression, I am not sure what is.

With the 2022 motorsport season just around the corner, what can fans expect?

The world of motorsport was taken back when trans-activist, Olympian, and reality TV star Caitlyn Jenner announced the formation of the Jenner Racing team. Her team will compete in the W-Series, a female-only support series to Formula One.

Despite her faults, having one of the most recognisable trans people in the world involved with the W-Series will get more eyes on the product and subsequently shine a light on the talented women competing.

We will also be following Racing Pride’s partnership with Aston Martin and the potential for further synergy between the two. Racing Pride co-founder Richard Morris and Driver Ambassador Charlie Martin are Pride Life’s Pride Inclusion Advocates. Both Morris and Martin have important seasons ahead of them as they rise through the ranks in their respective divisions.

What is already clear is that motorsport will be left in safe hands. Gen Z stars Lando Norris & George Russell are poised for breakout years in 2022. The pair have expressed their passion for equality and are expected to take the baton from Hamilton and Vettel, making the popular youngsters ones-to-watch in the coming years.